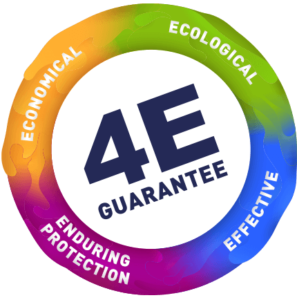 The development of Probiotic products has been inspired by discoveries made by scientists in recent years, especially in the field of biotechnology. Probiotic-enriched household cleaners made from natural plant, biodegradable raw materials using scientific discoveries and technology allow every home to have a human-friendly environment which is not dominated by sterility, but by good bacteria that protect from the dominance of disease-causing bacteria.

The process does not stop, as we continue to analyse in detail just how effective the innovative Probiotic products are. A new trial conducted at the end of 2018 by scientists from the VU Life Sciences Center confirms the effectiveness of probiotics in protecting our environment from extremely harmful E.coli bacteria that are the cause of intestinal diseases and are particularly dangerous for children or people with weak immune system.

The trial conducted by VU focused on the effectiveness of Probiotic

The trial has also shown that under the same conditions, the micro-organisms contained in the Probiotic cleaner remain viable, while E.coli bacteria no longer show signs of being alive already after 24 hours. This means that by using the Probiotic cleaner with probiotics in our households we create a human-friendly environment: a) probiotics, or the good bacteria, remain viable; b) bad E.coli bacteria are inviable, i.e. the likelihood of becoming infected with bacterial intestinal diseases in domestic situations decreases.

Probiotics can ensure a human-friendly environment

We know that antibiotics were one of the most significant discoveries at the beginning of the last century, and some scientists believe that the mankind will finally be able to eradicate infectious diseases with them. However, with the emergence and increasing number of antibiotic-resistant bacterial strains, it has become clear that antibiotics cannot solve all of the problems caused by bacterial diseases. In most cases, antibiotics are prescribed without any need at all, merely allergising the human body and leading to dysbiosis in it.

One of the solutions is to strengthen and regulate the natural human microbiota with probiotics. Scientists tend to call the 21st century the coming era of probiotics, as they are believed to substantially replace traditional medicine and be used in products or supplements, and our decision to develop the innovative Probiotic range of cleaning products gives everyone the opportunity to create a favourable environment for themselves and their family. This is confirmed by the conclusion of VU scientists: ‘The micro-organisms used in the Probiotic product remain stable and viable, while viable E.coli cells are no longer detected in the mixture of E.coli with the Probiotic product after 24 hours of incubation.’

All trials, certificates and other documents: Why probiotics?/Scientific validation

Even more useful information available on the new Probiotic website