We, the parents, want to create a safe and healthy home. What is needed, and what do the experts say? This time not about break-ins, electrical wiring, or house insulation. 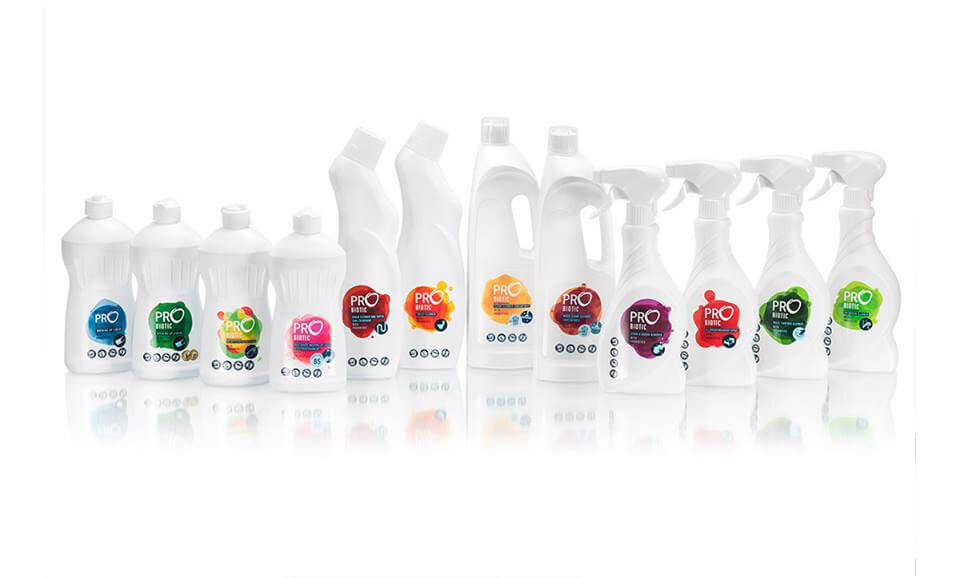 Let’s talk about the uninvited guests that are found in their billions in every home. Yes, it’s bacteria. Many of us declare fierce war on them and strive for sterility, especially when we are raising children. However, in an increasing number of cases we hear experts say that perfect sterility turns against us.

How can parents not get lost looking for the best solution to creating an environment which is not a sterile laboratory or operating room, but at the same time does not become a place teeming with disease-causing bacteria. Increasingly more parents are looking for the answer in probiotics.

In 2002 the World Health Organization, together with the Food and Agriculture Organization of the United Nations, published an official definition of probiotics: ‘Probiotics are live micro-organisms which when administered in adequate amounts confer a health benefit on the host.’

These are good bacteria that are present in both the human body and the environment. Good bacteria, or probiotics, are useful micro-organisms living in gut microbiota. Their main purpose and work are to protect the body from external factors and keep it healthy.

The number of micro-organisms is different in various parts of the body. There are more than 200 various types of bacteria in the human gastrointestinal tract. An adult’s intestines contain over 1 kg of bacteria, and the same amount is excreted in the faeces per year. In certain cases, e.g. when taking antibiotics or in the event of stress, there may be an imbalance between beneficial bacteria and those that may be harmful to health. We then follow recommendations of doctors and take preparations with probiotics.

Micro-organisms in the environment

What about our environment? The everlasting battle of good and bad bacteria never ends. While we do not put our homes under a microscope, we still try to tidy them up – do the laundry, washing-up and cleaning – so that not a single bacterium remains. We use all possible aggressive chemicals and are proud of our spotless homes, repeating this ‘shiny clean home’ phrase we picked up from TV.

Do not be fooled: the places you were rubbing with chemicals just yesterday, today may be teeming with health-threatening bacteria again. ‘The problem is that most of the conventional cleaners aim only at an immediate result – cleanliness “here and now.” High-concentration cleaners destroy everything in their way: both dangerous and useful micro-organisms, leaving a more or less sterile environment. The worst thing is that, as they say, nature abhors a vacuum. So, the place of eradicated bacteria is taken by new ones, which are not necessarily good,’ says microbiologist Dr. Juozas Šiurkus.

Cleaners with probiotics that hit the news worldwide act in a completely different way. Good bacteria can live anywhere as long as they have enough food (dirt, dust, food residues), oxygen and moisture. During cleaning they simply ‘eat’ dirt and other bacteria and are able to do so even in places which cannot be reached by chemicals. Probiotics, living organisms, that get onto the surface with a cleaner act and proliferate. To put it in visual terms, they occupy a certain area, preventing the spread and proliferation of other bacteria, including pathogenic ones. Trials conducted in Geneius Laboratory (UK) have shown that cleaners containing probiotics are four times more effective than conventional detergents. A particularly huge difference becomes visible 24 hours after cleaning your home: conventional cleaners usually no longer have any effect after 24 hours, while the place cleaned with probiotic-enriched products is still protected from pathogenic bacteria.

Sterile environment is not the solution, because every morning we go to schools, institutions, get in trolleybuses, sit on bicycles, enter the world full of various micro-organisms, being confident in our immune system. The latter can be strengthened with the help of a safe home environment in which probiotics, the good bacteria, ‘rule the roost.’

2019-09-30 “Let’s bring home a microbiological environment,” says US scientist Jack Gilbert
2019-09-23 Probiotics are a sustainable, green alternative to the chemical disinfectants
2019-08-20 Are we building health-friendly buildings… by supplementing them with unique sets of bacteria?
2019-07-15 Probiotic cleaning products: how can they protect the health of office workers?

You have successfully subscribed to the newsletter. A confirmation and discount code has been sent to the email address you provided.

Our website uses cookies to ensure you better browsing quality. By clicking the ACCEPT button, you agree to the use of cookies. You will be able to change the consent given in your web browser settings and by deleting the saved cookies.